The 75th General Air Academy Anniversary will be celebrated with an Opening Day on the 9th of June, Saturday and the Air Festival will take place on the 10th of June Sunday in San Javier and Santiago de la Ribera. The King of Spain will attend to the Air Festival accompanied of the Air Force Chief of Staff. It is the most important Air Festival from Spain and one of the best from Europe. 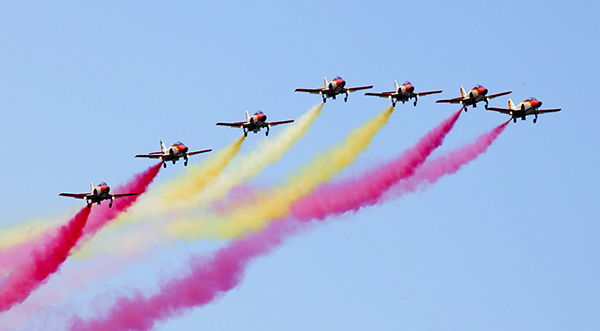 The Opening Day of the General Air Academy will be celebrated at the Military Air Base from San Javier (Murcia) the 9th of June, Saturday at 10 o’clock am till 5pm. We invite you to visit this spectacular static exhibition Aircrafts of the Armed Forces and other international air media. 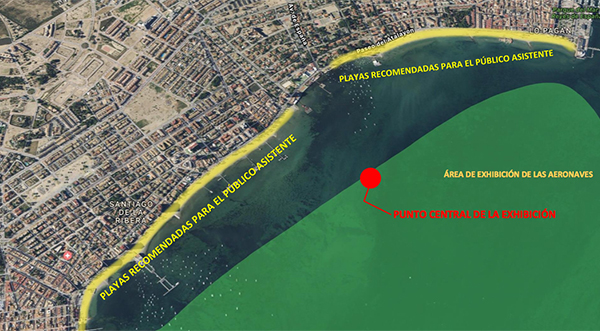 The Air Festival will be celebrated the 10th of June, Sunday at 10 o’clock in the morning till 3pm at the beaches of Santiago de la Ribera and Lo Pagan. Come and enjoy of this surprising exhibition at the Mar Menor beaches where the acrobatic pilots will perform impressive aerial maneuvers. The Eagle Patrol (Patrulla Aguila), the acrobatic Parachute Patrol and the ASPA Patrol will participate. Also will be also a wide array of media from the Air Force, the Navy Army and the Civil Guard. 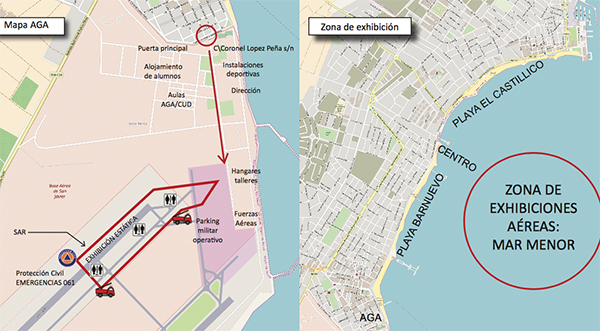 If you live in Los Alcazares you can attend the 75thGeneral Air Academy Anniversary by a free bus that puts at the disposal of the citizens the City Council of the Locality.