This festivity revives the history of the battles between Moors and Christians in Spain between VIII and XV century. This festival is recognised as being of International Touristic Interest in Alcoy and Villajoyosa.
To understand this celebration first you have to know a little bit about the history of Spain during the medieval times. 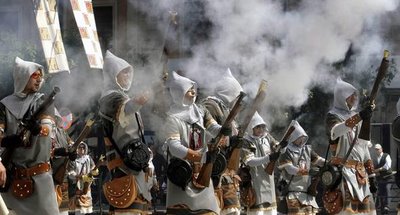 The Moorish army arrived to the Spanish coast in the year 711. They conquered  80% of the Spanish territory very quickly. Christian Reconquest started with the battle of Covadonga in 722. Step by step the Spanish army was pushing Moors to the south until the final victory  in 1492.

Nowadays the festivity of Moors and Christians revives these battles every year with a martial music and parades of both armies. It’s one of the noisiest parties in Spain. The Moorish army marches proudly after the conquest until the Christian army appears and the battle starts. The battle finishes with the victory of Christians. 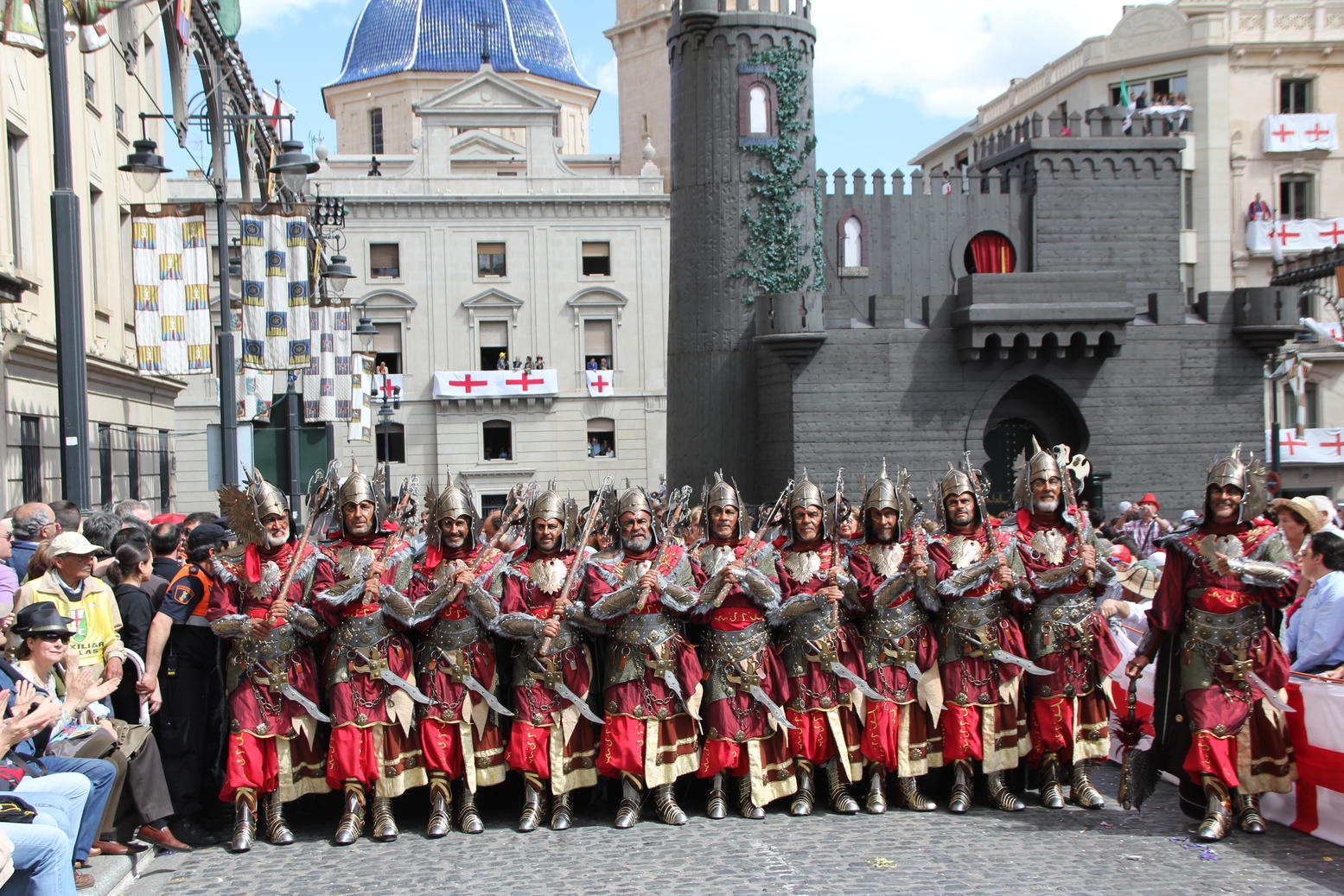 This festivity is celebrated in a special way in the Mediterranean region, in cities such as: Alcoi, Concentaina, Elda, Villena, Elche, Murcia, Torrevieja, Orihuela and Alicante.

For most of the participants this celebration is the main event during the year. When it finishes, the only hope is that the year will pass quickly and the next festivity of Moors and Christians will start. 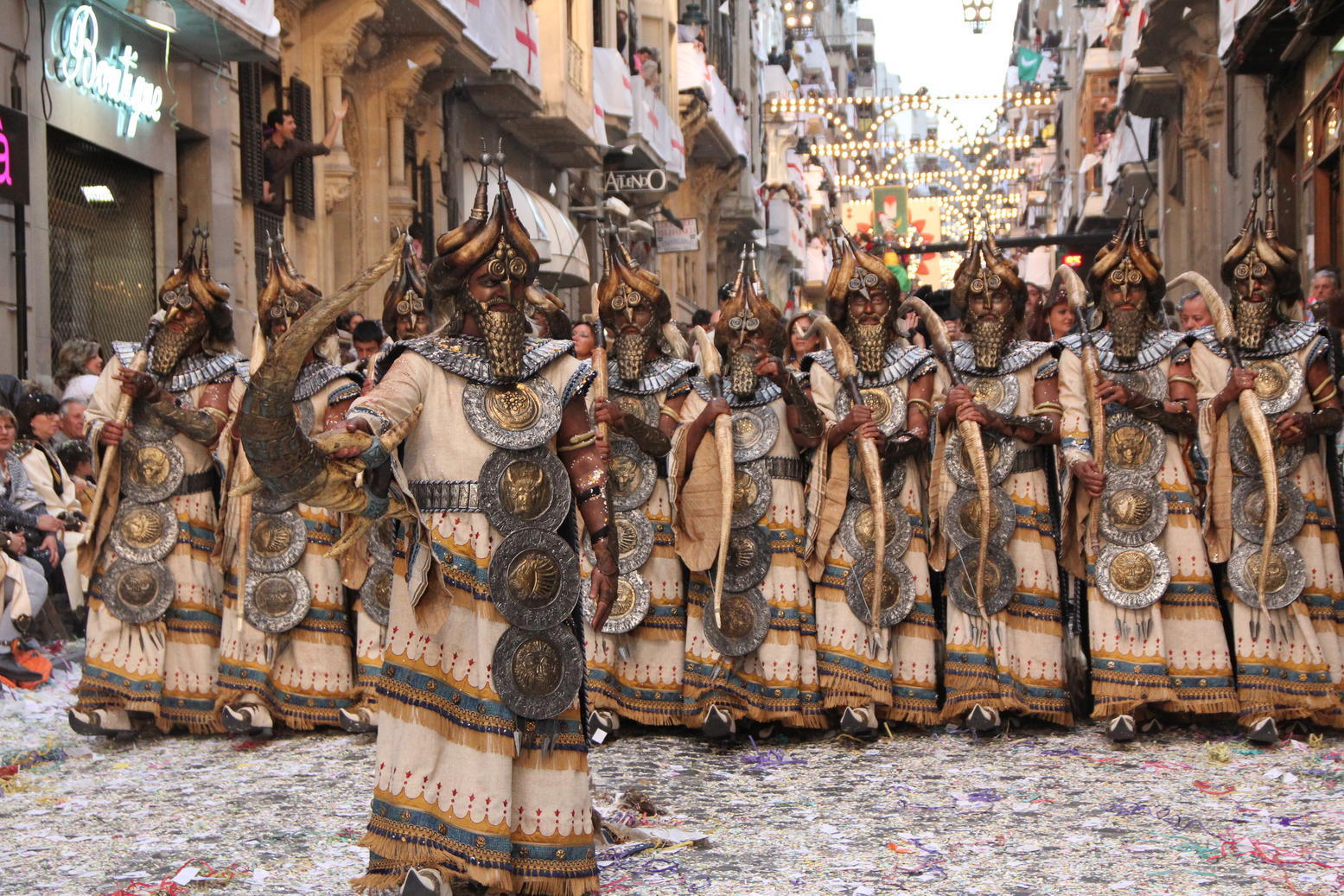